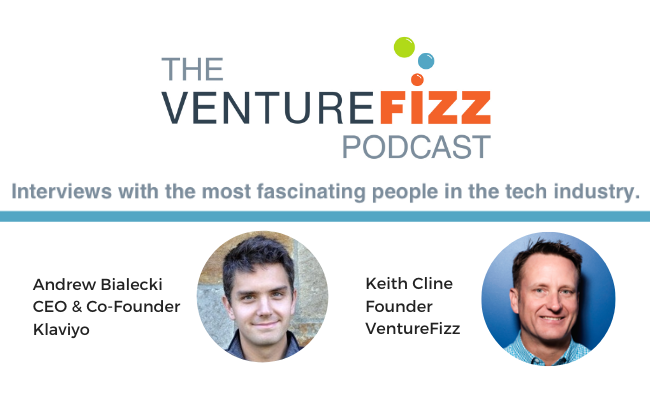 For the 184th episode of The VentureFizz Podcast, I interviewed Andrew Bialecki, CEO & Co-Founder of Klaviyo.

Klaviyo is one of the fastest-growing companies in the tech industry, but the path to their current scale is a fascinating story. It’s a story of a company that remained lean and bootstrapped for a long stretch of time. For the first three years of the company, it was just Andrew and his Co-Founder, Ed Hallen, handling everything.

Even as they started to scale, it was a different philosophy versus what most startups decide to do in terms of rushing to raise venture capital as soon as possible. Instead, they focused on building a solid foundation for the business by iterating the platform to the point where they were solving critical problems for companies.

Klaviyo did eventually raise a modest amount of venture capital over the years, but it wasn’t until last year when they raised a major growth round of $150M to add some high octane gas to the fire.

The only marketing platform that can help a brand launch and scale indefinitely until they are a multi-billion dollar leader of their space, Klaviyo is focused on the ecommerce business sector and used by over 60,000+ innovative companies such as Unilever, Kopari Beauty, and Huckberry.