A Retrospective of Techstars Boston’s Decade of Success

“There is a strong bias in Boston towards solving hard problems,” said Techstars Boston Managing Director, and Techstars alum, Clement Cazalot. “Regardless of what they are, there is an intellectual appetite of asking, ‘What are the hardest things out there to complete?’”

On April 16, Techstars Boston, the first spin-off in the Techstars network of accelerators, celebrated a milestone: 10 years of giving back to the greater tech/entrepreneurship community and assisting founders in the Boston tech industry. Over 170 startups have come through the city’s accelerator and over $1B has been raised in funding towards the companies.

The accelerator started in Boston in 2009 with Shawn Broderick being appointed as the first Managing Director. Since then, several other prominent figures in the Boston tech industry have taken up the mantle including Katie Rae, Reed Sturtevant, and Semyon Dukach.

The companies and alumni of Techstars Boston

“If you look at the top 50 companies that have come through the Techstars program worldwide, 12 of them are from the Boston accelerator,” Cazalot commented. “Boston may not have the big name brands that everyone knows, but they do power everything else behind the scenes.”

More than several of Techstars Boston’s graduates have remained successful since their time at the accelerator had come to a close. There have been exits, like PillPack (‘13), which was acquired by Amazon last year for $1B. GrabCAD (‘11) was acquired by Stratasys for around $100M and many others. Lots of Techstars graduates are still scaling and growing like Localytics (‘09), Placester (‘11), Lovepop (‘15), Neurala (‘13), Bevi (‘14), and many more.

When Techstars was founded, it was right as the late-2000s recession was starting to hit. For early-stage startups, it was much, much more difficult for them to raise capital. Initially, Techstars was serving as a bridge of sorts to help those founders in situations where money was needed, and Boston was no different. As the economy has recovered, and the ways to raise funding improved, Techstars Boston started driving towards helping founders reach a stage where they can start scaling their business.

Another, more specific change to the Boston program is the addition of another Techstars accelerator. Air Force Accelerator powered by Techstars is a separate program with a focus on autonomous and drone-oriented technology.

How Boston has affected Techstars...

The Boston tech community has had a hand in helping the accelerator expand. Aside from recommending companies to apply for their program, several of Boston tech’s leaders will also come in as guest mentors, or as speakers for a community event, and help these companies out.

“One characteristic that I am amazed by is that everyone, not just the people working with Techstars, that I’ve encountered has been ‘give first,’” said Jen Riedel, Techstars Boston’s Program Manager. “For example, if one person asks questions about healthcare, then someone will answer and open five more doors for them. So this idea of everyone willing to pitch in has helped make Techstars really great.”

“People in Boston aren’t just willing to share the story of how things went well,” added Cazalot. “They are willing to share ‘what really happened’ behind closed doors for a new generation of entrepreneurs to learn from their lessons.”

How Techstars has affected Boston… The roster of mentors for Techstars Boston is impressive, with nearly all of them being associated with the Boston tech industry for their entire careers.

Case-in-point, Acquia Co-Founder and former CEO Jay Batson. The now-investor and advisor has seen first-hand how much the organization has grown and continues to leave a mark on the Hub’s tech and entrepreneurial scene.

"Over the 7 years I’ve been involved, I see daily the huge positive impact Techstars makes on Boston, on its class of companies - and on me. I participate in order to help startups with the tech industry knowledge I already have," said Batson. "But I also receive back amazing new learnings and insights from the experiments all the Techstars companies do in order to figure out their businesses. I know I’m not alone in this, and Techstars creates a wonderfully symbiotic arrangement in which I’m happy to play a part.”

Another mentor, who is complimentary of Techstars Boston’s growth, is Bob Mason, Managing Director of Project 11  and Co-Founder and former CTO of Brightcove.

"Techstars has been a significant catalyst for Boston’s dynamic startup culture, as colleagues, peers, and friends we’ve grown and learned so much from each other,” Mason said. “Collectively, our community has built a broad group of companies that have had an immense impact on shaping diverse markets. Techstars Boston changed the trajectory of my career and countless others.”

Over the course of a decade, Techstars Boston is now a fixture of the city’s tech and entrepreneurial industry. First-time founders are going to receive the mentorship they need to grow their companies into something greater.

“We’re so excited for everything that’s happened in the last ten years, but I cannot wait to see what the next ten years are going to be like,” said Riedel.

On May 7, Techstars Demo Day will be taking place at Northeastern University where companies in the SaaS, digital health, consumer tech, and other industries will be showcasing what they are all about. Thanks in part to the leadership and team of mentors at Techstars Boston, the entrepreneurs will be ready to take the next step as a startup and, hopefully, build another pillar company in Boston. 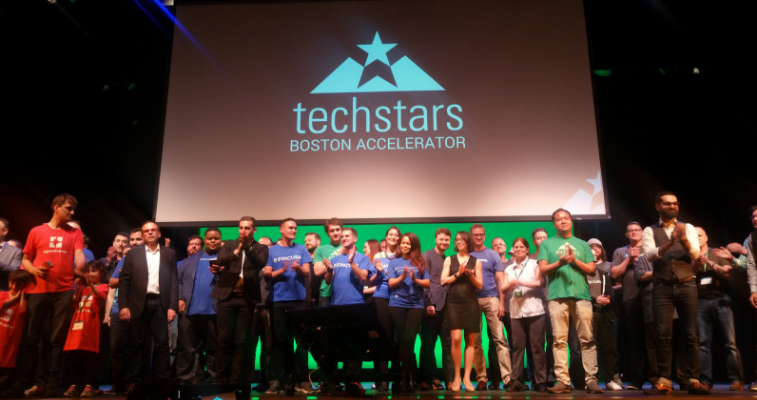