Lynne Capozzi is the Chief Marketing Officer at Acquia. She has a strong background and history of running marketing teams for several high-growth tech companies. After spending some time in a leadership role at a non-profit, Capozzi rejoined Acquia last year to help lead the company’s next phase of growth.

I had the opportunity to connect with Capozzi shortly after Acquia held its annual flagship user conference, Engage. We chatted about her experience, marketing at Acquia, and how to build high-performing marketing teams.

Alex Culafi (AC): How was the conference?

Lynne Capozzi (LC): It was really great! We had over 700 people, and it sold out about two weeks in advance, so there was a really high level of interest. We had a great crowd of all different types, from CMOs, to CIOs, to VPs of marketing, to Chief Digital Officers, so we had a good cross-mix as well as our partner community.

More than that, the energy level was super high. It was a great opportunity for us to have a little celebration of our 10-year anniversary, as well as to kick off our future endeavors. And I ran two panels, which were quite fun too.

AC: Switching gears, could you tell us a bit about your background, and you journey to become the CMO of Acquia?

LC: I grew up at Lotus. I started out in marketing and sales roles before working my way up into a VP of Marketing position. Then, I ran a product division of Lotus Notes for my last position there. We were acquired by IBM, and I stayed two more years.

I decided at that point I wanted to experience the startup world, so I moved to a couple of different startup companies. One was JackBe, an enterprise mashup company that was based out of Washington D.C. I was CMO, and after I left, the company was acquired by Software AG. Prior to JackBe, I was the CMO and COO at Systinet. I worked for Tom Erickson, who as you probably know is our current CEO at Acquia. Systinet was eventually acquired by Mercury Interactive, and within 60 to 90 days, Mercury was acquired by HP.

I stayed for a bit at HP, and then I decided I wanted to go back to the startup world again. So I went to Acquia. Tom had given me a call, and obviously I'd worked with Tom at Systinet, so I started as a consultant in 2009 at Acquia, and then fell in love with the company. I joined full-time, and then became CMO, where I was for a few years.

My husband is an entrepreneurial CEO in Boston, and we eventually decided that two startups was a little tough on the family, so I left to help run a nonprofit based out of Boston Children’s Hospital. I did that for a few years, and then just about this time last year, Tom Erickson gave me a call and invited me out to lunch. I came back to Acquia and took over the CMO role, so as I like to say, I fell in love with Acquia all over again.

AC: If you had to narrow it down, what is the point of a marketing team?

LC: I think that the place of a marketing team is to work hand-in-hand with sales to acquire customers. I think the other big part of a marketing function is to decide who we are as a company, what we do, and what our go-to-market strategy is.

AC: How do you measure that?

LC: We do a lot of measurements here actually – we love data. Unlike some other companies, we have pretty clear objectives and a pretty clear ROI on what we're doing. Anything we can measure in marketing, we do. All of our programs are measured on particular targets that we set ahead of time, as well as how we do against those targets. So if it's, for instance, a demand gen program, we measure based on the number of marketing-qualified leads that we generate. If it's a program to acquire customers, our objectives are based on a particular quantity of customers to acquire. It's a combination of art and science.

AC: You talk about the “art” of marketing. What does that mean?

LC: I think that's the creative side. It is definitely about being on the forefront to make sure that we are creative, modern, social, and that we are talking our customer’s language. We do not market the same way to an IT director that we would to a marketing director.

AC: In 2009, when you joined, what was the size of Acquia, and what did the team look like back then?

LC: I think we had about 100 people in the company, and it must have been a handful of marketers. I think I used to supplement with some contractors, but I'd say it was a handful.

AC: Fast-forward to today – how many employees are there at Acquia and on your marketing team?

LC: I actually just counted it because I was doing a presentation for marketers recently. 27 different products, if you can believe it.

We use Salesforce and Marketo. We are also now using Acquia DAM, which is a digital asset management product that we just came out with. Our team has been using that product, and before we rolled out the product, it had been used internally here at Acquia. It's a cool new offering for us because it's our first non-Drupal offering to the market. Obviously, we use Drupal for our content management system, and we also use another product called Acquia Journey, which is a journey-mapping product. It’s a nice combination for us.

AC: What do you consider to be the anchors of your marketing strategy?

LC: I think that a main anchor for us is multichannel data, because there are so many different sources of data coming from so many different places. In additin, we focus a lot on content, and I think for us, and for me also, it's about looking at a coordinated effort so that we can control our brand’s image.

AC: If you were talking to someone with an idea, like a founder starting to build a company, at what point should they think to bring marketing into the company?

LC: At the beginning of the founding of the company! For me, marketing is about defining who the company is, who you sell to, what you are, and what you are not. The more specific you can get, the faster the ramp-up period will be. If you don't do that from the beginning, I think that's a mistake.

AC: At what point does a company need a true CMO?

LC: I think it's probably at a point where the company's growth is in a place where you need to think about other areas of the business, like maybe other markets or new segments. I think the decision about when to bring in a CMO is very equivalent to other C-level positions.

AC: How do you recruit for your team? How do you go about evaluating talent in marketing?

LC: A lot of it is what I hear through word-of-mouth from people, and from our current employees recommending other people. In addition to that, we are a very social company, and being able to communicate socially brings us a lot of candidates.

We are known for our interviewing process, which is pretty rigorous. I have candidates meet with a lot of people, because part of what I need to do in building my team is to make sure that people are working together as a team, which includes the interview process. And we get a lot of people involved. It's a triangle between marketing, product, and sales, and it's an important triangle, especially for a senior-level position. I recently hired a VP of Digital Marketing, and he interviewed with our Chief Product Officer as well as our Chief Revenue Officer.

AC: We started the conversation talking about Engage. I've noticed that other companies are starting their own industry conferences in Boston, which I think is good for the city. When should a company start to think about hosting their own conference, and what should they realistically expect to get out of it?

LC:  For us, it's certainly thought leadership. It's also a way for us to keep our existing customers in the fold, so that they know what's going on and what it looks like on the horizon. It's also good for our newly-acquired customers, because it's a good chance for them to come to the event and get a lot of current and future information, all at once. 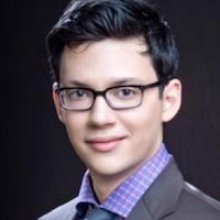 Acquia is the digital experience company. We are passionate about what we do and are searching for great people to join our team!