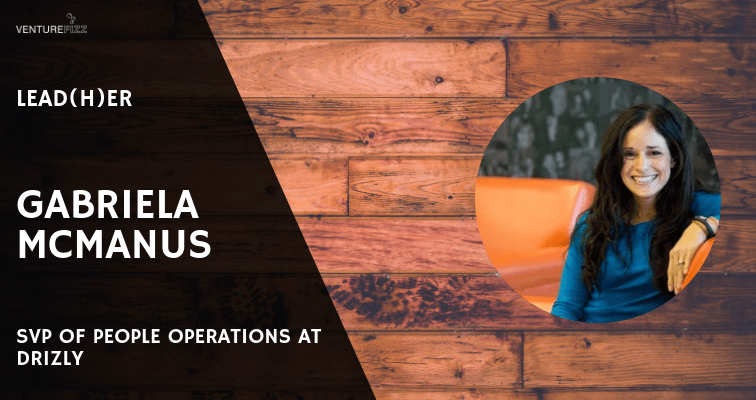 Gabriela McManus, the Senior Vice President of People Operations at Drizly, never expected to love her work. Work was for making money, not fulfillment – that was something you heard about on Oprah, not from immigrant parents like McManus’s, who had focused more on making a living and less on job satisfaction. So when she didn’t love her first job out of college – a sales position at a rapidly-growing company – she figured the feeling was just part of life.

“The mentality of the leadership was that people were expendable, and if that didn’t work out, there was a whole line of people at the door waiting to get in,” McManus said. “It didn’t bother me much that I didn’t love my job, but what did bother me was seeing this company cycle through people in a way that felt ugly.”

McManus wanted to do something about changing that culture, so she approached a senior vice president and said that she wanted to lead a training program. The company was hiring aggressively, and McManus wanted to help new hires ease into the hectic environment with a better chance at success.

The program exploded in popularity. Within three months, 80 new employees had successfully completed the program. These new salespeople typically had lower rates of attrition and higher overall sales conversions within their first year and became fully-contributing salespeople two months faster than employees who hadn’t undergone the same training. The team leads who supported the program as it grew, meanwhile, soon realized they had stumbled upon a fast-track to management. While not originally a goal of the program, McManus’s training in how to pull reports, analyze feedback, coach others, and make data-driven decisions allowed leads to move more quickly into management roles later.

To develop her original leadership program, McManus followed gut feelings about how to best deal with people with extensive research. When she found the theory and groundwork to back up her ideas, she incorporated it into the program.

“I was doing a lot of research,” McManus said. “I read a lot of books. I love Harvard Business Review articles. I listen to a lot of podcasts, and I would learn from making mistakes.”

During this time, McManus also pursued her master’s degree in leadership and started her doctorate in organizational studies.

McManus soon got a call from Infusionsoft, asking if she would run the company’s leadership development program. During her two years there, she developed a comprehensive suite of leadership programs that focused on using awareness and connection to help leaders succeed.

Over time, McManus realized that many people in the leadership space were discussing the same things in different ways. In her next role, at Intelligent.ly, she and her team were intentional about using this already-existing content instead of reinventing foundational techniques.

“I started simple yet time-tested methods that worked for me and could help get others to that aha moment,” McManus said. “We wanted to give people the information they could take action on, and I wanted them to be able to find those resources on their own. Otherwise, it didn’t feel like it would be scalable long term.”

With this framework in place, McManus has continued to train leaders and shape company culture at Drizly. For her, creating strong leaders is tied with creating a supportive community culture through experiences.

“When we talk about attracting, developing, and retaining talent, it’s about coaching them through a series of experiences and providing them with enough support that they can use all their experiences as a series of touchpoints they can grow from,” McManus said.  “I think that if you can get people to learn in small moments there’s a ripple effect. If you only change one person, you can potentially change ten to a hundred or more.”

I love to cook. I’d love to say that I also curl up on the couch with a good book and a cup of tea, but transparently, it’s probably more like HBO and a glass of wine. I love traveling, too, which I think goes back to experiences – you get to meet people from all walks of life. It’s a huge part of my own life.

What are your strategies for handling stress?

Cooking and traveling help, but when I don’t have the opportunity to do so, I try to find a little escape. Sometimes it’s a nice hole in the wall Thai place, where you can put yourself in Thailand for just a moment. Sometimes it’s listening to a TED Talk or a podcast, or reading a short story to put myself in someone else’s shoes. I also go to the worst case scenario when I’m dealing with something super stressful, because it helps me realize that the worst thing is actually not that bad. I also love barre yoga and taking a quick walk in the Public Garden – really anything to change perspective.

That’s such a terrible question for me because I drink so much. I’m getting better, but it could be anywhere from four to six cups. I’m trying to drink more water to balance it out.

What's one of your favorite places in the Boston area?

It depends on my mood. I really love the Public Garden, especially this time of year when the tulips are blooming and it feels like Boston comes alive. People start walking around and spending time outside. Our office overlooks the garden, and we take one-on-ones there. I love walking around and seeing the tourists taking pictures and selfies because you can just start imagining where they’re from. It pulls you out of your own day to day.

The place I always bring anyone coming to visit me is the Holocaust Memorial. It’s so beautiful and powerful, and I think it’s an amazing example of how you can make an experience out of just walking along the sidewalk and suddenly having a moment where you’re able to reflect on something so much bigger than all of us.

How does where you are now comparing to where you thought you’d be 10 years ago?

Ten years ago, my second child was a year old. I grew up with a very strong mother, but I fell into my traditional role as a mom. My husband was always supportive and encouraging me to go to school and do anything I wanted, but he was working and I saw my main role as being the best mom I could be. If you had told me that I would have a career like this and truly love it and see work as more than just a means to an end, I would have thought that was crazy. It’s such a privilege to be able to love what you do. Ten years ago, I would have said that I was already lucky enough – I have two kids who are amazingly perfect. Now, I know you can have more and ask for more and create more.

What do you consider one of your proudest accomplishments so far?

I was a nontraditional student for college. I was in a really terrible car accident graduation day of high school, which took me off of my collegiate path. So I went back to school later, after having kids, and I’m proud of that.

It might be small, but another one of the greatest compliments I’ve gotten is to hear people that came through the program at Intelligent.ly or that I work with now say that going through the coaching program changed their lives. There are few things that make me prouder than unsolicited comments like that.

It’s okay to not have it all figured out. Take it a step at a time. The idea of who we think we should be and what we think we should do can be influenced by other people’s impressions or perspectives, so being really authentic and thinking about who you want to be – not who you think you should be – is so important. Take an opportunity to reflect on who you really want to be and show up every day in a way that moves you towards being that person. You don’t have to have it all figured out. All you have to do is be you for today, and then do the same thing tomorrow. 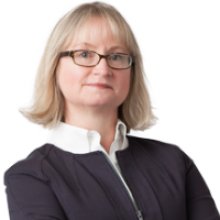 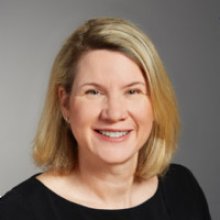 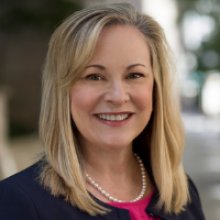 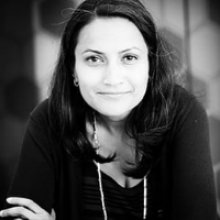