EverQuote operates an insurance marketplace which connects consumers with insurance providers. The company is a rapidly growing company and was the latest company to go public from the Boston tech scene. We connected with Ryan Grimard, EverQuote's SVP, Product Engineering, to learn how their engineering team operates, plus lots of great details about their products and the culture of the engineering team.

Can you share a summary on what EverQuote does?

EverQuote’s safe driving app, EverDrive, is a free app that makes it easy for you to evaluate how you are doing behind the wheel. Available on Android and iOS phones, it runs in the background while you drive and measures you on 5 key factors of defensive driving:  phone, distraction, braking, acceleration, cornering and speeding

Our B2B product, EverQuote Pro, is Ruby on Rails running in AWS. We’re finishing a rewrite of the EverQuote consumer website using React and Go running in GCP’s Kubernetes. Our backend consumer and distribution services are built using Java, Go, and Ruby and are split across AWS and GCP. We’ve started moving all of our data into Databricks for ease of analysis and general BI reporting needs. We’ve recently beefed up our SRE team; they are building tools and automation to support many teams across the company. This includes using terraform to fully automate the provisioning of all infrastructure, a move to Kubernetes to orchestrate the deployment and operation of services, and an implementation of Hashicorp's Vault to manage secrets and credentials.

What are some of the interesting projects that the engineering team is tackling? For example, it looks like there are some interesting products outside of the core EverQuote offering, like EverDrive.

EverDrive has been an amazing development effort here at EverQuote. A very small team of engineers built iOS and Android native apps from scratch successfully launched them to the public and have since accumulated well over 500,000 downloads.  We get a daily update of feedback from users. Some of it is truly inspiring; from parents using it with their teen drivers to business managers creating competitions for their employees!  The team recently released a feature allowing drivers to anonymously share their driving data in exchange for safe driving discounts on insurance from our first partner, State Auto.

On the EverQuote.com side of things, we are nearly coding completely on a major effort to rebuild our consumer web infrastructure to efficiently support new verticals and additional traffic in 2019.  We’re moving from a monolithic Ruby on Rails application to Go microservices with a React-based frontend. This will allow us to rapidly iterate on product features and A/B tests, continuously deploy updates and easily scale our infrastructure going forward.  The team is elated to move off of the monolith that I started in 2012. And so am I!

Another major effort underway is a new data pipeline to feed data from various systems and stores across two different clouds into databricks where it can be efficiently queried in real-time for analysis and building machine learning models.  This is a relatively new effort involving many teams across the company and we’ve been using and experimenting with technologies such as pub/sub, kinesis, avro, kafka, tensorflow, and Databricks Delta.

Does your engineering team have a chance to work on projects outside of their day-to-day responsibilities?  For example - skunk work projects, open source projects?

We have a monthly “Freestyle Friday” event where team members pick something to learn and experiment with for the day. We encourage the team to form groups if individuals are learning the same language, framework, etc.  There is no deliverable other than to keep the team up to date with your learning and progress.

EverQuote also hosts an annual Hackathon event where employees participate in a 24-hour coding/innovation marathon to build something inspiring.  Judges for the event include board members, executive staff, and technologists.

What is the culture like at EverQuote for the engineering team?

We are transparent: We utilize 2-week sprints and group them into a 6-week block called a Chapter. Each Chapter is kicked off by presenting all of its content to engineering, sre, product, and analytics.  Key results for each of the Chapter’s objectives are continuously updated for all to see. Any and all ongoing A/B tests are continuously reported on regardless of their success. Project retrospectives are a common practice for Product Engineering teams here.

We are data-driven: We make decisions using data. A/B tests and real-time monitoring of their results are daily practice here. The color of a button doesn’t change without first proving that it performs neutral or better OR provides some other value to the consumer that outweighs the business loss. We are empowered to analyze data, propose improvements, and design tests.

We are collaborative: Along with the transition to smaller services, our Product Engineering teams and Product Management teams have successfully formed cross-functional squads with hyperfocus on a particular feature of the product. Coordination and communication have been paramount to the success of the squads and their projects.

A quick intro phone screen with our talent acquisition team, a 30-60 minute technical phone screen and 1 or 2 onsite interview sessions with various team members.  Candidates should expect to speak in detail about and whiteboard components of a system or application they’ve worked on. Candidates will also receive a handful of technical challenges to work through.  These challenges are not about quickly arriving at the right answer; they’re more about assessing the candidate’s ability to problem solve and ask intelligent questions.

Star Wars. My daughter is a fan as well and draws Star Wars characters for me. She amazes me.

The office is a mix.  iPhone for me. Prior to EverQuote, I was all Windows computers and Android phones.  I’ve been assimilated.

Hot in the morning, iced in the afternoon.

Employees seem to prefer headphones here. We do have a #music-discover Slack channel that provides a never-ending stream of delight. Latest post.

View from your office: Shelly started at EverQuote as a software engineer on our consumer web services team after attending a local coding boot camp. We were quick to realize that Shelly had project management skills and strong leadership qualities. She rose into a tech lead role and is now managing a team of engineers that build and maintain services at the heart of our distribution platform. Like most of our managers, she also remains hands-on as an engineer within her team. Originally from France, David started at EverQuote as an intern on our UX team in 2015. We were lucky enough to hire him full time after he graduated from Tufts with a Bachelor of Science in Computer Science. David’s leadership and technical ability has put him in the position of technical lead on a squad focused on improving the consumer experience on EverQuote.com.  In this position, David coordinates the technical aspects of numerous product feature improvements and advances in consumer experience. Although Jesse is not an engineer, he has been instrumental in the success of our team.  Over the past few years, he has built a world-class team of Product Managers, Analysts, and Designers.  Together, we have ensured that each of the Product Engineering teams is paired with one or more Product Managers and Analysts in an effort to help define, qualify, prioritize, and ultimately achieve success on projects.  It has been a pleasure working with Jesse to build a set of high-quality, motivated, and efficient teams. 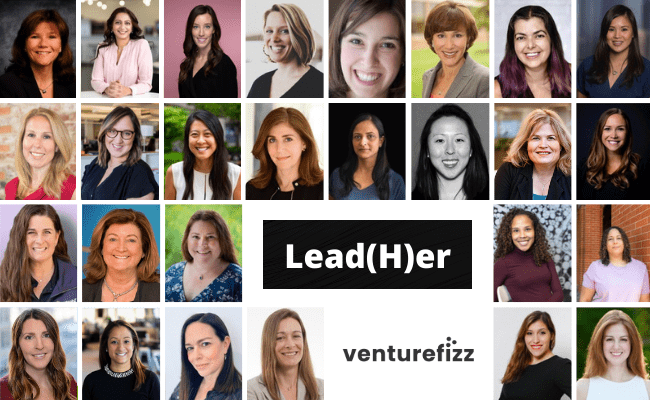