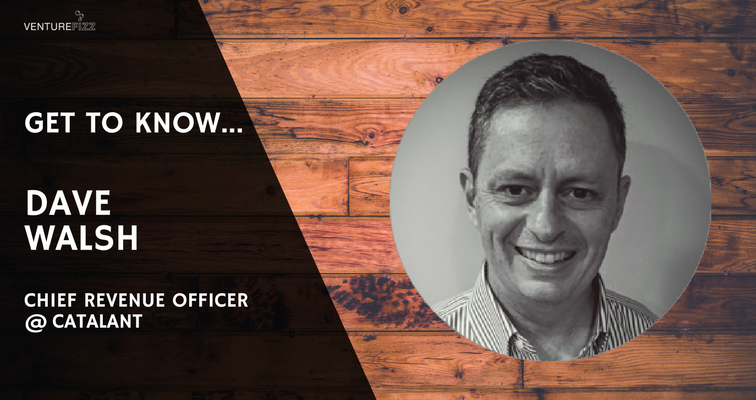 Dave Walsh began his career in the tech industry as a programmer working on IBM Mainframe computers for the financial services industry before making the switch to sales. He had a gift for building deep relationships with customers and since making this switch, he’s never looked back.

Walsh was the top producer in the company for many years and saw the company go from an early stage startup to a publicly traded company on the NASDAQ.

Companies have a tendency to move their top sales representatives out of the field and into sales management roles. Walsh always enjoyed selling, so he typically resisted this career path until Onyx promoted him to a Regional Vice President position.

As part of the ever changing tech industry, a number of Siebel executives had gone on to join an upstart CRM company called Salesforce.com.  Since the company was a competitor to Onyx, Walsh was on their radar as a recruit for their sales team. Even Marc Benioff (Chairman & CEO) and Frank van Veenendaal (formerly Vice Chairman, now board exec and investor) tried to recruit him to Salesforce.com a couple of times, until he finally joined the company six months before its IPO in 2004.

Walsh was brought on board to join its enterprise sales team at Salesforce.com, which was a new team being built out by Jim Steele (now President & CRO at Yext) and David Rudnitsky (now EVP of Enterprise Sales at Yext). At this point in time, Salesforce.com had over 500 employees with $60M in sales, but they didn’t have any customers with over 500 users.

At Salesforce.com, Walsh rose up the ranks and served in leadership roles across enterprise sales, the marketing cloud and the commercial business unit until the time he left in 2015. Over this 12 year stretch of time, Salesforce.com’s revenues grew 100X from $60M to $6B+. It was his intention to retire and spend a lot more time at his second home on Lake Winnipesaukee, except boredom got the best of him after just 18 months and Catalant came knocking.

“I was supposed to ride off into the sunset, but I kept getting contacted by companies about different opportunities,” said Walsh. “But Catalant was the only one I seriously considered.”

The decision for Walsh to join as its Chief Revenue Officer was driven on the fact that it was not your typical software company. The team is disrupting the way that companies access external talent, a process that is ripe for change; and the caliber of the team at Catalant really impressed him.

After advising the company for twelve weeks, he joined this 120 person, venture backed company. The role of Chief Revenue Officer at Catalant means that he is responsible for setting the go-to-market strategy. This includes the sales team and building out the infrastructure and operations for the delivery of projects sold. Since the product Catalant sells is service based, i.e., a person (or subject matter expert) and not a piece of software, there needs to be a very close alignment between sales and delivery.

Not only is Catalant disrupting a $200B+ industry, but Walsh is leading the disruption of their sales model too. He is optimizing the sales team by bringing in enterprise class talent who can engage with the C-level suite of major corporations.

So, what’s a day in the life of a Chief Revenue Officer look like?

“I went from not knowing what day it was when I was retired, to a day full of activities,” said Walsh.

The mixture of activities includes interviewing for new hires on his team, making sure Catalant’s pipeline is going in the right direction, working to support existing teams at the company, and spending time with the board and advisors.

“There’s a reason that Catalant was the only company that could get me out of retirement,” said Walsh. “This is a company that’s poised to fundamentally transform the way businesses think about and engage with talent. We’re just getting started and it’s going to be a wild ride.”

There’s a new way to work. We connect the best talent with businesses’ toughest challenges, to create flexible and efficient solutions. #FutureofWork