Could ezCater, the Expedia of Business Catering, be the Next Billion Dollar Company?

We often hear that investors back the entrepreneur, not the idea. Stefania Mallett is proof positive of this statement.

Mallett, Co-Founder & CEO of ezCater, has a track record of success as an entrepreneur and CEO. One of her earlier companies (1997), InSite Marketing Technology, returned 14X to investors in just two plus years.

Prior to ezCater, Mallett, a Newton native and MIT grad, co-founded PreferredTime, which offered meeting scheduling services to assist pharmaceutical reps. About seven years ago she came to the unfortunate realization that the company would need to close its doors.

Mallett notified her roughly twenty-person team of the situation and informed them that the doors would be closed by the end of the week. She offered her employees pay through the week without obligation to remain at work.  Mallett was surprised and humbled that every employee stayed to help transition clients. This was a true statement to Mallett’s leadership and honesty as an entrepreneur.

Thursday of that week PreferredTime was closed. While conducting exit calls to her investors, one said to Mallett, “I’ll back you and Briscoe [Rodgers, co-founder of PreferredTime and ezCater] on whatever you do next.”

Even in the face of a “failed” company, Mallett received assurance from a half dozen investors that they’d be on board and ready to invest in her next venture without knowing the details. None, however, were surprised to learn she already had that next venture in mind.

Mallett took the weekend to, let’s say, unwind, and the following Monday, she started working with Rodgers on ezCater, the "Expedia for business catering."

ezCater stemmed from client feedback at PreferredTime. Pharma reps would constantly ask “can you make food appear at our meetings?” Eventually Rodgers and Mallett realized they had to act on this unsolicited market research, as an opportunity was in front of them.

Today, ezCater is “making sure we can get you catered food anywhere in the USA from local caterers,” Mallett said.

In the early days of ezCater, Mallett tells me “it was just a couple of us bootstrapping trying to prove the concept. We have west coast ambition with east coast frugality.”

Their previous experiences were not only the source of the idea, but also gave them the understanding, as Mallett says, “to stay focused on the core idea, but to be flexible on how to get there.”  And that’s what they’ve done - constantly trying new things and making improvements, but never losing focus of their core belief.

How does ezCater work and who is using it?

In the simplest of terms, ezCater allows you, as a business professional, to quickly and easily find and order catering. With 37,000 caterers nationwide, they make it easier than ever to find a caterer local for your event, sales call, training session or meeting. It’s also free for customers.

The platform provides customer reviews, including the all-important “on-time rating.” Mallett tells me ezCater is the only service offering up ratings of a provider’s timeliness, an element that is vitally important for the peace of mind of an event planner or the success of any sales meeting.

For catering and restaurant partners, ezCater provides a platform for caterers to reach new customers, which costs them a percentage of the sale. And it’s working. Mallett tells me their very first caterer is still getting orders from ezCater today.

Why is it working and what sets them apart?

Vision, tools and the human component.

Since launching seven years ago, the technology-driven company has made revisions of the product and changed a lot of their tools (be it for customers or internal use), but their core vision has always remained intact.

One of the biggest difference makers in sparking their growth was “learning how to scale it,” Mallett says. Adding, “we’ve implemented a lot of clever tools helping us do so.”

However, what may have stood out most in meeting with Mallett was her passion for the human component. Combining superior customer service (if your food isn’t on time just call ezCater and they’ll get to the bottom of it while you continue meeting with clients) with their “bulletproof technology” is core to their success.

Third party review site, TrustPilot, has compiled nearly 300 reviews and has ezCater rated a 9.7 out of 10.

Since April ezCater has called 101 Arch Street in Boston its home. Moving in with 35 employees roughly eight months ago, they’ve grown to 70 now, with more hiring (Ruby on Rails and Inside Sales, specifically) on the way.

It’s an exciting time to join ezCater.  When I asked Mallett where the company goes from here, her response was quick and direct:

“We’re going to be a billion dollar company.”


Josh Boyle is Director of Community & Marketing, VentureFizz.  You can follow him on Twitter @jb_sid  and keep up withhis latest posts by signing up for the VentureFizz Weekly Email!

ezCater is the world’s largest online catering marketplace. ezCater’s online ordering, on-time ratings and reviews, and award-winning customer service help businesspeople from organizations of all sizes and industries make meetings more successful and employees happier. Over 75,000 restaurants and caterers use ezCater’s platform to grow and manage their catering business. 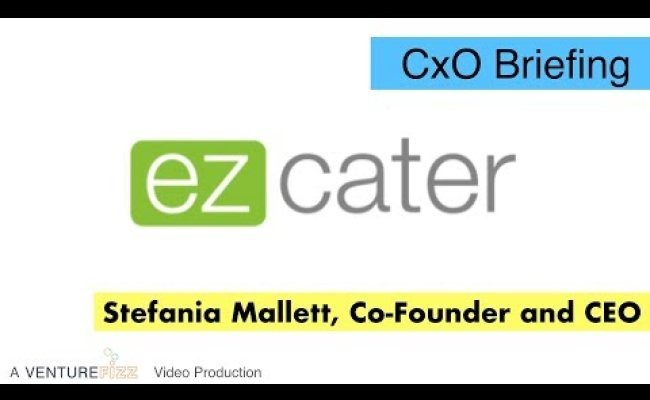