Alumni Spider Webs is a series on VentureFizz where we take a deep dive into an active, or sometimes acquired, pillar tech company and showcase the prominent alumni who have worked there. They are slideshows displaying a person, their title at the company, and what they are up to now. The results are always surprising and can make anyone working within this sector go, "Wow, I didn't know that person worked there?"

Below is a list of 17 companies we have put together slideshows for, along with a few of the well-known alumni. 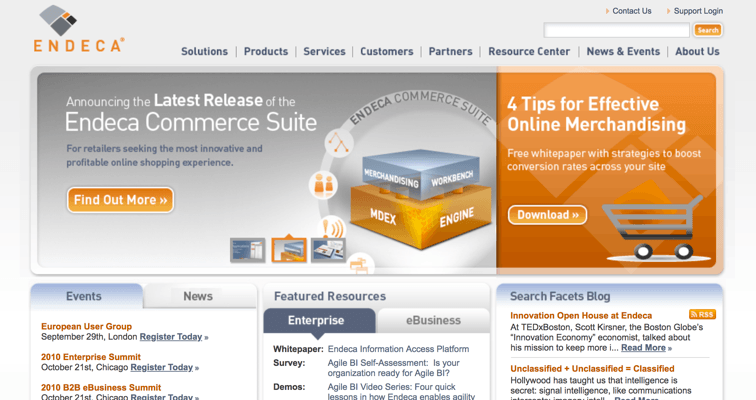 Founded in 1999, Endeca Software created and sold eCommerce search, customer experience management, enterprise search, and business intelligence applications. The company was acquired by Oracle in 2011 for $1.074B. FlipKey is a vacation rental marketplace that has over 300,00 properties in over 179 countries. The company was founded in 2007 and was acquired by TripAdvisor.

Microsoft Startup Labs (which was later named as Microsoft FUSE Labs - Future Social Experiences) was an innovation group based in Cambridge that was focused on experimenting and generating new product ideas for the tech giant, that could later become scalable projects on their own. TripAdvisor is an anchor company in the Boston tech scene. The consumer travel giant was founded in 2000 and was one of the first websites to utilize user-generated content for its reviews on travel destinations. LogMeIn is a leading provider of SaaS and cloud-based remote connectivity services and platforms for meetings, management, and engagement. The company went public in 2009, right in the midst of an economic downturn and has remained as an anchor company in the Boston tech scene. Founded in 1997, athenahealth was originally situated in San Diego before relocating to Watertown. The company is a leading provider of network-enabled services for hospital and ambulatory customers nationwide. Lycos was one of the dominant companies from the web 1.0 era and at the one point, the search engine and web portal company was the most visited destination on the web. Lycos made history as the fastest company to ever go public on the NASDAQ and was later acquired by Terra Networks for $12.5B. Netezza was founded in 1999 and the company's technology was groundbreaking as they built the industry's first data warehouse appliance. Netezza went public in 2007 and was later acquired by IBM in 2010 for approximately $1.7B and still remains a subsidiary of the computer giant. Open Market was one of the first companies to build an application suite for eCommerce transactions. Its Transact product provided an early end-to-end product for conducting secure transactions online, which ended up winning a patent for its "Shopping Cart" feature. The suite also included other items for helping companies sell online like content management and personalized marketing. Founded in Needham in 1985, Parametric Technology Corporation, or PTC as it is commonly known, is a manufacturer of computer-aided design (CAD) modeling software. The company had its IPO in 1989 and its current market cap is greater than $11B. Since then, the company’s product catalog has grown to include product lifecycle management (PLM), IoT, and augmented reality through their ThingWorx platform. Founded in 2000, Compete offered companies intuitive consumer insights based on web traffic, which in turn, allowed marketers to create and develop campaigns to drive customers to their websites.  The company was acquired by TNS in 2008 for $150M, with $75M upfront and another $75M in earnouts. Akamai is not only one of the pillar companies in the Boston tech scene, but it is also one of the most prominent companies to come out of the MIT ecosystem. Akamai was founded in 1998 by MIT graduate student Daniel Lewin and MIT applied mathematics professor Tom Leighton. The company started to gain momentum by entering the MIT $50K competition (now $100K), where they were one of the finalists. A little more than a year later, Akamai went public and its stock saw a first-day bump of 458%.

Click here to see more of alumni of Akamai. Constant Contact is one of the leading email marketing companies. They provide small-and-medium-sized businesses the tools to create compelling campaigns for their customers. The company was founded in 1995 as Roving Software and worked out of a “cramped attic in Brookline” and Gail Goodman joined as its CEO in 1999. In 2004, they underwent a complete rebranding under their present name and went public in 2007. And then, in 2015, Endurance International Group acquired Constant Contact for approximately $1.1 billion. Founded in 1990 by MIT roboticists Colin Angle, Rodney Brooks, and Helen Greiner, iRobot is one of Boston's anchor tech companies. You are probably familiar with the company's consumer robots such as the Roomba and Braava, plus the fact that they are the first consumer robotics success story at scale.

Also, iRobot is hiring! Click here to see all of the company’s job openings! ATG (Art Technology Group) was one of Boston's anchor tech companies before its acquisition by Oracle in 2011 for $1B. The company was founded in 1991 as a web development firm helping companies build out first-generation eCommerce websites like Moviefone. Molecular was a leading internet consulting firm, which helped companies build their initial web presence during the 1990s. The firm was originally called Tvisions and it was bootstrapped until they raised $20M in funding from CMGi in 2000. Molecular grew to about 140 employees and its services expanded into business process, digital strategy, user experience design, and multi-channel integration consulting. Isobar ended up acquiring Molecular in 2005. Upromise was a loyalty program that lets members save for college by earning credits on everyday purchases. The company was actually General Catalyst’s first investment. In 2006, Upromise was acquired by Sallie Mae for $300M.