Yesware is your all-in-one toolkit for sales professionals and sales teams.

We connected with Lee Frankina, Engineering Manager of Yesware's engineering team, to get an inside look at the company's tech stack, various projects, the team's culture, and more.

Can you share a summary on what Yesware does?

Some recent interesting projects have been related to making it easier for teams to collaborate in Yesware. Improvements in areas like Meeting Scheduler (round robin, team event types) and Reporting as well as existing capabilities in features like Campaigns and Templates help teams work better together. Teams are able to streamline workflows and learn what is working from each other. Also, our platform moving to Kubernetes has been pretty interesting.

Every 8 weeks is Trihackathon time! 3 days when engineers are free to hack on anything they want, including stuff that’s not related to Yesware. Working solo or with like-minded peers - engineers could things like develop the next great feature, fix a nagging issue, invest in infrastructure improvements, or create a tool to improve developer productivity across the planet.

And, yes open source project contributions are encouraged and supported.

What is the culture like at Yesware for the engineering team?

Highly collaborative and supportive. “How can I help?” is the phrase I hear the most. We work in teams of 3-5 engineers, but the whole engineering team is willing to help where needed. We have social events like trivia hour, murder mysteries, escape rooms, and other opportunities to interact with each other outside of work. In engineering we have Tech Tuesday. A bi-weekly opportunity to share with peers - ideas, new technologies, discoveries, PSA’s, min-brownbags. We also have all the emoji’s you need to express yourself on Slack. If you can’t find the right one, we’ll add it!

We want to make sure you’re a fit with us and we’re a fit for you. We have structured recruiting process that focuses on being objective and learning about how you solve problems. You will also get to know a good portion of our team and ask as many questions as you need.

Just an occasional event right now, usually something found on VentureFizz. But, not so much in the past year and a half due to outside circumstances Alec grew up in Concord, Massachusetts. He was exposed to his first bit of code at a very early age — his dad taught him 5 lines of Pearl at 9 years old if you can believe it!  He said, “I think I made it print “Come play video games with me” 9 million times.”

He was always very interested in computer science and throughout middle school he spent his lunch block in the library working on coding stuff with his friends. This eventually evolved into teaching himself to write actual code. He and his friends spent time creating games for each other to play which unintentionally (and very technically) became his first engineering gig because he received a paycheck for a whopping 18 cents. Alec told us the links probably won’t work anymore but if you’re curious, you can check it out: https://www.kongregate.com/accounts/FailBros

Throughout high school and college Alec had various internships where he worked on a number of different projects. He got a degree in Computer Science from UMASS Amherst in 2020.

When asked what professional accomplishment he is most proud of, Alec shared, “I led a team of people and we designed an automated testing framework. That’s probably my proudest accomplishment because I designed that as a lead. A lot of my previous work had been being told what I need to do and that was one where I really had a lot of freedom to explore system design and I feel like I was able to execute that really well with the help of my team”. Steph Jurgiel, Software Engineer II
Steph grew up in Worcester, Massachusetts and was one of those kids that did as many recreational activities as possible. We’re talking saxophone, piano, guitar, drums, hip hop dance, karate -- you name it. Moment of silence for her mom who had to drive her to all these activities.

When Steph was in high school she decided she wanted to pursue game development. A year into college she realized that wasn’t the industry she wanted to go in so she switched as many courses as she could and shifted to a web direction. After graduating she took a job doing front-end development at Fitbit for a couple years. At that point, Steph was ready to “bridge the gap” so she decided to apply to Yesware where she now works as a Full Stack Engineer.

When asked what professional accomplishment she is most proud of Steph said, “Something that affected me most positively is being a mentor [to Katie] at Yesware. I had started out of college looking for jobs that had mentorship stuff because I like working with people. So going into Yesware, I was so nervous thinking I wouldn’t get the job and I got it. And then to eventually be a mentor to someone else -- I think it’s a huge accomplishment to have that experience and walk someone else through it when you’ve been in their shoes.” Tina Allen, Staff Software Engineer
Tina grew up in Alexandria, Virginia right outside DC. When she was young she tried all sorts of extracurricular activities but eventually settled on ballet. She regularly spent 3-4 hours practicing at her dance school after regular school multiple times a week. Her interest in engineering started because of an older brother that she looked up to. “I was always trying to be cool like my brother and be into the things that he was into”. When Tina was growing up, computers were on the up-and-up. Her brother’s encouragement sparked the beginning of her interest in technology.

Tina had not decided on a major when she started college but she knew it would be something in the science and math realm. She met her now-husband in her first few days and because he had had a little more exposure to computers he was able to teach her a lot about how to create a web page. After that, they took a coding class together and she fell in love with computer science. She graduated college with a degree in Computer Science, a minor in Math and a minor in Dance with an emphasis in Ballet! After an internship, and entering the corporate world. Tina eventually made her way to Yesware!

When asked what professional accomplishments she is most proud of Tina said, “The feeling of seeing something through that users end up using and appreciating. Going through the whole process of building something, putting it together, releasing it, and to cap it off - having that user feedback that this has made their lives so much easier -- that’s the best feeling right there.” She also added, “On a more personal/professional accomplishment, over the last ~20 years in the workforce [and I feel like a lot of mothers can relate to this] I feel like I have that work/life balance. That’s something I’m really proud of right now. Part of it is the company I work for that makes it so much easier to accomplish. I just feel like I'm in a place where I have both, both are going well, there’s no guilt on either side. I’m incredibly happy about that.”

Yesware is your all-in-one toolkit for sales professionals and sales teams. 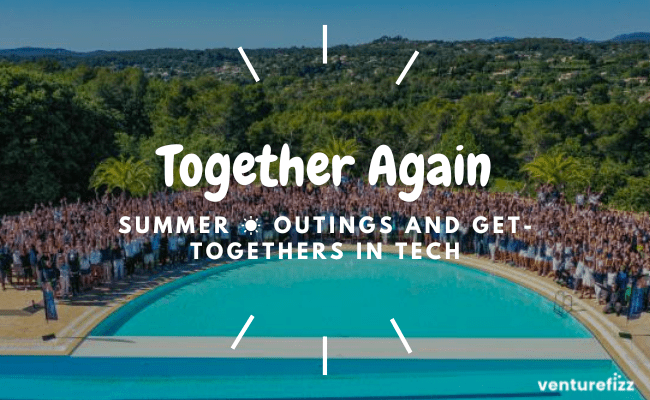 Together Again! Summer ☀️ Outings and Get-Togethers in Tech [Photos] 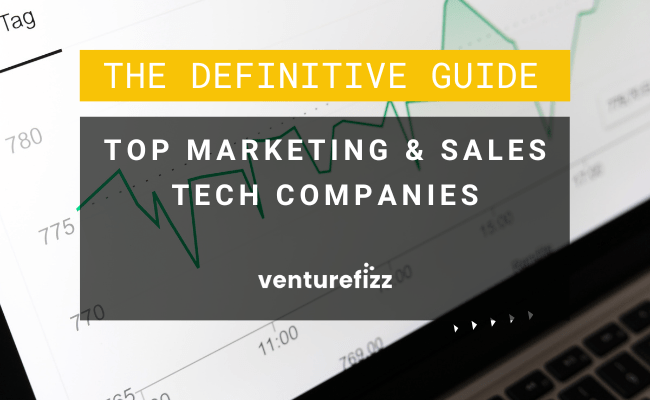 The Definitive Guide to the Top Marketing & Sales Tech Companies 27 Must See Engineering Teams in the Tech Industry
✕
Get VentureFizz Delivered to your Inbox!