IPs and patents. It’s one of the many aspects of the legal world that is need of a big technological boost. For those filing a patent for the first time, the steps required to do so seem like a never-ending job.

Legit is a startup that has developed an AI-oriented platform that makes the whole process easier. They have recently made the announcement their seed round of funding, led by Eniac Ventures, which totaled $2.6 million. The round includes funding contributions from prominent angel investor Joe Caruso and Talla CEO and AI enthusiast Rob May.

The company’s Co-Founder and CEO Matthew Osman sat down with us to tell us the story behind Legit and how they are solving a problem that plagues those who are looking to file patents.

Colin Barry: I’m a big fan of the phrase “origin story.” What are the origins behind Legit?

Matthew Osman: I started life in the law and was called to the bar in the UK, but I started to realize that writing in law was like being a robot as you have to adhere to templates. So, I transitioned into finance.

I started thinking, ‘Are there applications like artificial intelligence to help automate some of the dull processes?’ I began reading about AI, machine learning, and the law and noticed it was a pretty niche field, which was surprising to me since one of the first AI projects [in the 60s] was a legal one.

I came across research done out of MIT that actually came from my [future] Co-Founder Jacob Rosen where he, and I’m simplifying this, “built” a tax attorney. So in a very niche area of tax law, he was able to create an AI system that built tax structures that were compliant with laws and regulations. He was doing it with the IRS and with [MIT] CSAIL as a joint venture and he was able to point out tax loopholes the IRS didn’t think were possible.

Now, at the time I read this while I was working out of a hedge fund in London. I became interested in what he was doing and I cold-called him, telling him I read his paper and wanted to ask some questions. We met a few times over Skype and then decided to start a company that was the intersection between AI and some kind of legal processes.

CB: What was the biggest problem in the legal space that you were trying to solve?

MO: How do you get an idea out of an engineer, researcher, or scientist’s head and turn it into an invention?

What I mean by 'invention' is a structured document that could be turned into a patent application or a trade secret or could be licensed. From our research, we’ve found that by 2020 over $2 trillion will be spent on research & development and the output of that has to be something that is protectable, repeatable, and teachable. And surprise, surprise the process of getting the idea is incredibly pain-driven.

Say, for example, you are a researcher at Microsoft and you have an idea that is potentially game-changing, it might take six months before anyone tells you if you can build a patent with it and it might be a year before you can get to a patent office, and maybe five years until you get your patent approved.

Now, say if you want to go ahead with your idea and the company’s legal offices will send you a Word document with the same 20 or so questions on it they send others in your position. It also doesn’t matter if this is your first time filing a patent, you get asked the same questions. Unsurprisingly, it becomes a chore and the whole process involves a bunch of really, really complicated loops and is a huge barrier to inventing and disclosing that invention.

CB: This whole process sounds like one big headache after another. What is the main goal of Legit’s software?

MO: We are focused with an almost maniacal devotion to improving the user experience for the inventor; these are the people currently driven innovation forward, and they have been served poorly.

CB: Explain what the Legit platform does and how does it work?

For example, if someone is working on blockchain technology, our AI will analyze the text, see what specific concepts about blockchain are in that text and ask the user questions like ‘Why is using blockchain better than a database?’ The system is able to give feedback to the user in real-time and decompresses the time it takes to format those ideas. I think one of the more interesting ways we’ve built the system is that its designed to learn from user feedback, so over time it gets more proficient at understanding how significant a user’s inventions are.

What about after that? The system will structure the responses into a document and that will be sent to a company’s IP department to see if they can move forward.

CB: How big is the team? What kind of experience do they bring to the company?

MO: We are currently 10. We have an incredibly strong engineering team, but what’s interesting is that about 30% of our team are AI researchers...so we have an R&D department which is extraordinary for a company of our size!

CB: What kinds of events has Legit attended in the Boston tech scene?

MO: Since we are part of the MIT ecosystem, we have primarily attended events there. More specifically, we have been a part of IP and R&D events. Last year, we presented at the MIT R&D Conference at the event’s Lunch & Learn Exhibit with a few other startups.

We do plan on hosting a hackathon in the future using our software where those participating can have their IP judged by VCs in attendance.

CB: One final question: how did you come up with the name for Legit?

MO: We were originally renting space from Soofa and Jutta [Friedrichs] and Sandra [Richter] ended up becoming friends with us. We were thinking about a name, and I think I was talking to Jutta and the name “Legit” just kind of stuck.

And then I read something a little bit later that said, ‘Good names take the thing they are trying to improve and they romanticize them in some way.’ Legit has a bit of the legal side of things to it, but it’s also a little bit cheeky.

We actually had t-shirts that said ‘2 Legit 2 Quit’... but then I was told that MC Hammer is very litigious so we had to change that. [laughs]

Colin Barry is a Staff Writer & Editor at VentureFizz. Follow him on Twitter @ColinKrash.
Images courtesy of Legit. 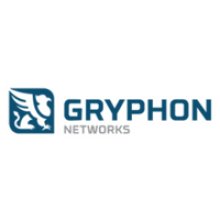 Woodpecker Assists in Automating Time-Sensitive Documents in the Legal World