Shortly after high school, Karen Hutchinson, Director of DevOps at Agero, started her career at Honeywell as a part-time computer operator. She was very interested in computers, and she wanted to learn more about how they worked.

“In the early 1980s, applying for a job online was not an option, you needed to go to each company, fill out an application, and leave your resume. When I graduated from high school, I spent the first week visiting all the tech companies in the Massachusetts area, and applying.”

After working as a computer operator for a while, she transitioned into application support, where she focused on a word processing application (which at the time was taking the place of typewriters). Looking for something more technical, she then moved into development, focusing on release engineering, where she wrote tools to automate the software development process.

“As different languages came along, I would go back to college, take a few courses, read, and get up to speed. I was a C++ developer for a couple of years but I didn’t enjoy it because it was too low-level for me. I liked interacting with many people and working on multiple things in a day. I loved the diversity of the software release process.”

About ten years into her career, Karen decided that she could be an effective manager. She liked building teams and leading efforts, so she successfully pursued a role as a release engineer manager for RSA Security in 1999. She eventually managed the development and performance engineering teams there as well.

Karen moved to Kronos in 2006, where she was senior manager of the performance engineering team. A year and a half later, she moved on to be a director at Kenexa, which was bought by IBM. There, she led their release engineering team, their QA organization, and their performance team.

“It was the first SaaS product I’d worked with. This was extremely exciting because as soon as we delivered a feature into production, we knew right away if our customers liked it or not. It was also a great opportunity for me as a leader of QA and performance, and I had a lot of great role models and exposure on how to work with customers.”

In 2010, Karen moved on to Lionbridge, a translation company in Waltham, where she was the VP of QA, DevOps, performance engineering, and the back office development team. It was at this time she became interested in the cloud.

“I wanted to jump on that bandwagon and learn more about the cloud! We did a little bit with it at Lionbridge but a great opportunity came up at Agero where they were moving a product to the cloud. Now, I work there as the Director of DevOps. When I first started, I was responsible for the migration to the cloud both in the lift and shift migration as well as CI/CD for microservices.”

She joined Agero, a company known for their software enabled driver assistance services, June of last year, and she currently oversees DevOps, DevSecOps, DevFinOps (these teams are responsible for cloud deployment, security, and cost in AWS). She also oversees the Site Reliability team working with L1 and L2 support in India.

“At Agero, my team is responsible for the software application used when someone calls for roadside assistance. We sell our services and telematics solutions to insurance companies and car manufacturers and we have contact centers around the United States and in Canada. When someone is stuck on the side of the road and calls their roadside assistance provider, they are actually answered by Agero’s agents who provide the service on behalf of the auto manufacturer or insurance carrier. The agents gather the information needed by the application. Agero’s applications utilize APIs to gather the coverage information, tow provider info, destination, etc.”

Recognizing that driver’s communication habits are evolving, Agero successfully introduced an expansive line-up of omnichannel capabilities to meet increasing consumer expectations. From drivers who want to connect to a live agent who can shepherd their unique needs through the process, to those who prefer a digital mobile app or website experience, to one-touch dashboard capabilities, the drivers Agero serves now have complete control at their fingertips.

“Sometimes in the software industry, you don’t feel that you’re helping the world at the end of the day. Here at Agero, when our applications help people in need on the side of the road, it’s gratifying to think that our cutting-edge technology is actually useful and can even save lives.”

KH: I have Rhodesian Ridgebacks, which is a breed of dog. I like to show them, train them and walk in the woods with them.

KH: I would say the North End because of the great restaurants and atmosphere.

BS: If you could choose one thing, what would you say is your greatest accomplishment other than family?

KH: For me, it’s being female in a male-dominated industry. I’ve had to figure out how to adapt and change myself to be accepted, and I’ve succeeded at that. Also, the fact that I’ve been able to pick up books and teach myself what I needed to learn, find good mentors and move myself to the next level, is an accomplishment as well.

KH: No. At some point, I thought that my lack of a degree would hold me back, but it hasn’t.

KH: For a woman going into the computer science industry, I would want that person to reach out and find a more experienced woman engineer for them to use as a mentor. Find somebody who has been through it before, and learn from their experiences.

A leading provider of vehicle and driver safety services, we innovate to transform and safeguard the driving experience while building loyalty for our clients. 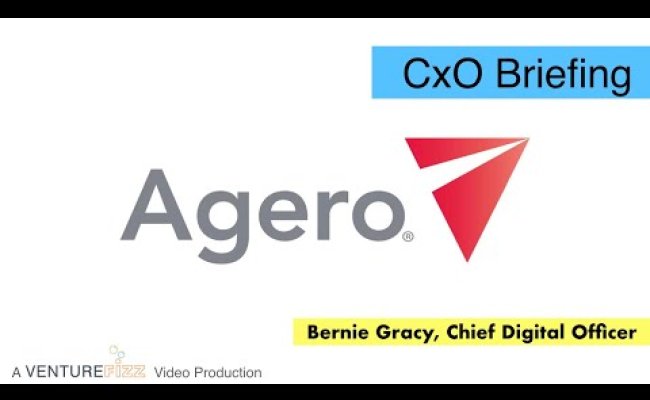 Agero: A Leading Provider of Vehicle and Driver Safety Services