Interactions: Franklin’s AI Company with Over $100M in Revenue

When it comes to emerging areas of technology, artificial intelligence is right on the radar. Through advancements like Amazon Alexa and Google Assistant, we continue to get closer to the future that my parents’ generation was dreaming of, where we could have real, human conversations with a device.

But despite all of the more recent advancements, Interactions has been developing human-like AI, speech recognition, and machine learning technology for over a decade – and they’re based right in Franklin, MA.

Interactions is a company about, well, interactions. They make virtual assistant software for customer service systems, but what makes Interactions special is its human-like AI, which is capable of conducting a natural conversation with you both over the phone and through digital channels.

“We encourage a true, human-like conversation, and we do all the work in the background to create this understanding engine. It allows us to create all these applications that are more granular, more engaging, more conversational, and really build a relationship of trust with the customer,” CEO Michael Iacobucci said.

Of course, no one piece of software can understand everything, and Interactions is prepared for this. If the software can’t understand a thick accent or muffled word, a human can step in to make sure that the AI triggers the appropriate response.

“There isn’t a human connected to the call in any way, except to understand an utterance. And it’s rapid fire. If a human is involved, there is no degradation of service, and no delays.”

Although this may be a particularly cool piece of technology under the Interactions umbrella, their voice capabilities are but one piece of the company’s total offering, which includes other text and voice-based virtual assistants, as well as an omni-channel platform offered to enterprises.

The value for these companies, SVP of Marketing Jane Price says, comes with the ability to save money for companies by reducing operational expenditures, improving customer satisfaction, and standardizing customer experience across channels.

“Often, people enjoy self-service when it works. When you’re like, ‘Hey, this actually works and I’m getting through this quicker!’, that ends up having a really positive impact on customer satisfaction. That’s why we’re seeing a lot of these JD Power winners coming to us to find out how they can introduce automation into their customer care strategy,” she explained.

Some of their customers include Hyatt, Humana, and most recently Kiwi.com, a UK-based company that allows travelers to combine flights from multiple airlines into a single itinerary. This move reflects an expanding initiative from Interactions to expand beyond the U.S., including Europe, in the case of Kiwi, and Asia, with new hires in both territories.

For new customers, deployment can take anywhere from three to six months depending on implementation complexity. Once deployed, however, the tech is up and running to 100% volume immediately.

Past, Present, and Future

Interactions was founded in 2004, raising $163M in funding since then. Before joining as CEO in 2008, Iacobucci built his career at multiple companies in various roles, including Cullinet, Phoenix Technology, Books 24x7, Idiom Technologies, and now Interactions. Since Iacobucci joined, the company has made a lot of progress, both in its technology and overall business.

In September, Interactions was named one of Forbes’ “Next Billion-Dollar Startups” and make no mistake – it’s for good reason. They stand to generate over $100M in revenue this year alone. The company has been mostly heads-down on building their product and business, but now, Interactions is in a position to make more noise and get their name out there.

Interactions is growing rapidly, as the 400-employee company hired over 100 new people this year. The team is growing in other ways, too.

The company acquired Digital Roots – who specializes in social media-based AI communications – earlier this year. They also acquired the Watson technology from AT&T Labs in 2014, as well as its IP and staff. Between all of the company’s acquisitions, Interactions now holds offices in Franklin, New York, New Jersey, and Indiana with, they told us, “hopefully more to come.”

“That business unit from AT&T Labs, and that team had an incredible wealth of IP that come on top of what they were building. I’m talking about things like machine learning, speech recognition, patents, and the people that supported all that," Iacobucci said. "They probably created one of the largest war chests of know-how and IP in this space.”

Iacobucci places emphasis on the fact that he sees Interactions not only as a piece of the AI puzzle, but also as a product that will make customers happier and more satisfied with AI technology.

“That’s what we’ve perfected over the last ten years.” 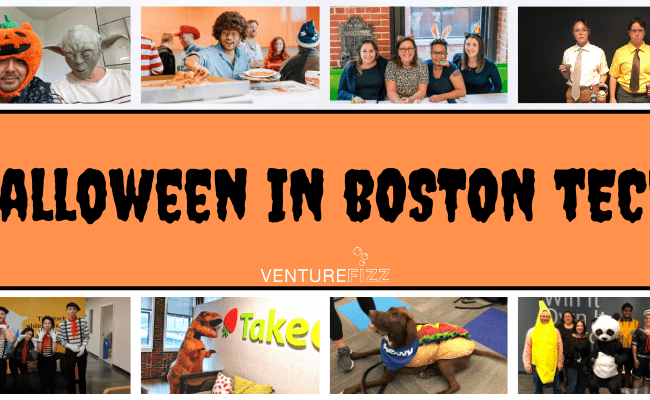