“I love how anyone at EverQuote can have an idea and execute on it. I think when you’re working somewhere and you’re new, especially when you’re right out of school, it can be very intimidating to speak up. Working here has taught me to be more vocal. I’m thankful to work in an environment where expressing ideas is part of the culture!” Alana Aubin, Vice President of Life Business Unit at EverQuote, exclaimed.

Originally from Canada, Alana moved to Taunton, Massachusetts when she was nine years old. She attended Taunton High School where she excelled in academics, played trombone in the band, and served as swim team captain.

Although she now runs a successful business unit at a tech company, she initially sought out to be an actuary.

“When I was a senior in high school, I wasn’t sure what I wanted to do for my career or even what major I wanted to pursue. However, I was really interested in math, so my AP Calculus teacher encouraged me to look into becoming an actuary. That suggestion helped inform my college search.”

Looking to attend an engineering school focused on science and math, Alana attended Worcester Polytechnic Institute (WPI). She liked their top-notch academics and the fact they were NCAA Division III for swimming.

“I started as a regular math major and then transitioned into actuarial math. The actuarial math advisor was excellent, and the classes were interesting. After junior year, I got an internship at an insurance company. Over the course of the summer, I realized that the actuarial work moved too slowly for me and the corporate environment felt stifling. It was a great experience overall, but it showed me that I needed something more fast-paced,” Alana explained.

At this point, Alana was almost done with her actuarial degree, so she decided to finish and stay at WPI for another year to get her master’s degree in financial math.

“WPI had a great master’s program that I could complete in just one extra year, so I got my master’s of science in financial math. I learned a ton about portfolio analysis, which I found really interesting, but I also knew I didn’t want to work for a bank or on Wall Street. Towards the end of my program, I still wasn’t sure what I wanted to do, but I got lucky. One day I ran into my study-abroad advisor from junior year and he asked what I was doing after graduation. When I told him I didn’t have a plan, he connected me with a WPI alumnus at EverQuote (then called AdHarmonics). I came in, interviewed, and was hired as a quantitative analyst!” Alana said with a smile.

When Alana joined EverQuote, they were only about 25 people. She worked as a quantitative analyst on the search engine marketing (SEM) team where she was responsible for getting consumer traffic from Google and Bing.

“I didn’t know that quantitative analyst was a job you could have! I loved it! I thought it was so exciting to do something today and see the impact tomorrow. It really played to my skills of data analysis, problem-solving, and coming up with new ideas and questions, like how can we optimize this, how can we do that better, how do we get more volume, how do we pay less for this? I enjoyed it.”

Since she first started, EverQuote has grown significantly. After spending two years on the search engine marketing team and being promoted to Senior Quantitative Analyst, Alana became a manager.

“At that point, there was one other person on my team, so he started reporting to me. I was a little worried about the transition from a peer relationship to a managerial one, but he was great at his job and a fantastic teammate, so we did it more like a partnership. We had a lot of trust in each other. A couple of months after that, three new college grads joined the team, and that’s when I realized, ‘Oh wow, I have to teach them everything I know.’ It was completely different from anything I had done before.”

When I asked Alana if she had always envisioned herself becoming a manager, she explained that it was a path that she’s still wanted for herself.

“I hoped I’d make a good manager because I had taken on many different leadership roles in the past and was the captain of the swim team in high school and college. I felt like I’d been preparing my whole life to lead people, coach them, and get more out of the group as a whole.”

After her time as a manager, Alana was promoted to director. Initially, mobile and desktop SEM were split out, but she took on the entire department in her new role. She also had to think bigger picture and longer term.

“To think more critically about how my department fit in with the rest of the company and figure out how to expand my sphere of influence was very challenging. I felt like I’d been on the ground level doing campaign management or directly supervising campaign management for a long time and it was hard to develop that new perspective. It didn’t come naturally to change my mindset like that.”

Last year, Alana was promoted to Vice President of SEM. In addition to added responsibilities, she now was responsible for a team of managers.

“Two of my team members became managers themselves, so they had their own direct reports. It was much different because I was trying to give advice and help them develop their leadership skills, which is more nuanced than teaching technical and analysis skills. I also wanted to give them freedom but also make sure they felt supported, which was challenging at first.”

After working as VP of her department for a while, Alana realized she’d been on the SEM team for about four years, and she wanted to try something new.

“Last summer, I went to my manager, and I told him I was starting to feel restless. We have a lot of automation to help with repetitive tasks, and there are always new problems, but it seemed to me like I was continuously solving similar problems and I just wanted to try something different.”

This past November, Alana moved over to head the Life Insurance business unit. She loves doing more cross-functional coordination and working with the consumer acquisition, business development, and product teams, helping them with different analysis and projects.

“Our CEO calls me the CEO of our Life Insurance vertical. It’s very cool. I feel like I’m super busy but also very engaged. I’m glad that I spoke up and said that I wanted to do something different because I am happier at work now and more excited about what I’m doing. Since it’s a new position, I’ve been able to help define the role of a vertical lead as well. It’s fun! I feel extremely fortunate to be a part of EverQuote. I can’t believe it all goes back to that one professor and his amazing recommendation!”

AA: I spend most of my free time focused on swimming. I swim on a masters swim team called Charles River Masters, based at Harvard. I practice several times a week, race in meets periodically, and have been doing a lot of open water swimming the past few years. I’m looking forward to the weather warming up so I can swim outside more! I also coach once a week and volunteer for US Masters Swimming as the Communications Chair for New England and on a national committee.

AA: Swimming is a such a good stress reliever. Generally, I default to various fitness activities to help with stress. I like to bike a lot, do yoga, and lift weights at the gym. That physical release is really important for me. The New York Times crossword is a great mental break for when I can’t get outside.

AA: I drink one cup of coffee a day. I keep trying to wean myself off of caffeine completely but I can never stick with it. We have cold brew on tap, too, which is extra potent and extra delicious.

AA: I might say the bike lane. I love cycling, and especially cycling to get around. I picked that up when I was in Copenhagen my junior year; everyone there bikes everywhere. There are definitely some areas of Boston where it’s not that nice or safe to bike, but there are also a growing number of decent bike lanes. It’s usually faster than driving or taking the T, plus I love being outside.

BS: If you had to choose one thing what would you say is your greatest accomplishment?

AA: That’s a tough question! I guess I don’t really have one big thing, but I’m really proud of how I’ve been able to continue swimming and improving after college. I’ve been able to beat most of my personal best times from college in Masters swimming, which is pretty unusual, and I continue to challenge myself with different events and open water races. This summer I’m competing in the Boston Light Swim, an 8-mile race in Boston Harbor, which will be my longest swim to date.

AA: I don’t think so, no. Let’s see, 10 years ago I was graduating from high school. At that time, I knew I was going to major in math, maybe actuarial. I didn’t even know that this job existed, but I’m really happy with how it’s turned out.

AA: I think I would have to say, in life and especially at your job, if you have an idea that you think is great then you should try to make it happen. Have confidence in yourself because there’s a good chance that nobody else has that idea. Believe in yourself and speak up about your ideas. Go for it! 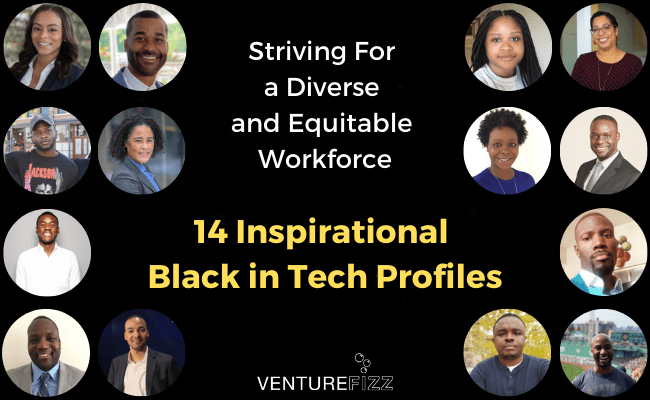